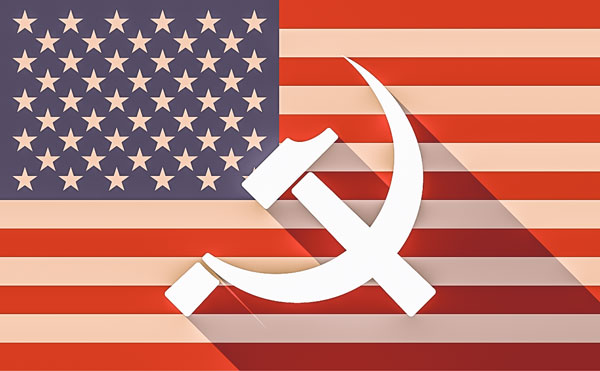 Around 1900, the theory of communism had become widely accepted in philosophical and academic circles which eventually lead to the adoption of the Federal Reserve System which financially maimed America while we allowed some of the greatest tyrants in world history to rise to power under the deceptive guise of “communism”. We have now attempted to soften the term to “socialism” and even worse to “Democratic socialism”, neither of which have anything to do with the structural creation of our nation. America is a capitalistic Republic.

Capitalism has become a word filled with negative connotations because of severe corruption and unconstitutional corporatism. Lobbyists collect billions of dollars per year to protect and favor corporations, allowing them to abuse their employees and destroy fair market competition. Our dollar has lost nearly all of its spending power in the previous century and is rapidly inflating again as we speak, Trump & Congress incessantly create and spend phony fiat Federal Reserve Notes and unprecedented and unimaginable rates. There is no more “budgeting”. The long-term destructive impact on this nation makes no impact whatsoever. Simply put, our academia and media has taken over the minds of Americans and has brainwashed them against everything our founders created. This is no exaggeration. America’s youth has openly & ignorantly adopted “democratic socialism” as a soft buzzword opening a gateway to the next wave of global communism.

The US Dollar(Federal Reserve Note(FRN)) is rapidly accelerating towards a complete and total collapse. This cannot be measured by phony stock indexes like the DOW or S&P 500. These are all designed to deceive the public into pouring the every last dollar into this phony system before the dam breaches and the spending influence of every dollar implodes.

The Bible has proven itself to be timelessly true. A selection of hard-assets, namely gold & silver serves as true monetary wealth throughout all written human history. We are currently living in the time of the greatest financial deception in history.

The simple solution is to ignore the self-proclaimed “experts” and follow biblical principles but putting our dollars into precious metals based assets. Real Estate has benefits but has developed its own bubble. Prior to the next major election, the left-wing, socialist federal reserve will corrupt the dollar via accelerated hyper-inflation and/or a global war that will require fiat spending at unprecedented levels.

We recommend considering a full roll-out of IRA/401K investments which are only deferring the inevitability of paying income tax at a later date. IRA’s can be converted to precious metals which we also recommend and can assist with. This is a simple procedure, however, when the market unravels, the real concern is the loss of access to these funds or worse, a full confiscation of these assets. This is why God made them anonymous, transportable, compact and immediately liquid. They always have been and always will be the pinnacle form of true wealth in every organized civilization. Brokers thrive on broken promises of the hope of unrealistic financial growth. The Trump Market phenomena has been driven by hyperinflation of the massive amounts of currency created by Obama.

Keep it simple. Ignore the lies driven by Solomon’s statement that “money is the answer to everything”. Brokers make continuous income by simply holding your money and regularly “rolling” your investments from one vehicle to another. COINSPlus makes a nominal one time fee at the time of sale and nothing more. We never call people to “churn them” as brokers are so effectively trained to do to maximize their profits. Their goals are not to make you money in any way. They occasionally get lucky based on market activity, however, they make ongoing profit even as you are losing your investment dollars at any pace from slow to moderate to rapid. Their answer is always “aw shucks we missed that one, lets try something else as they once again roll you into another investment vehicle usually influenced by the commission rates these investments provide.”

Simply put, now is truly the time to step out. Get your money out of the system and into the asset that the bible states will last until mans last day on earth. Additionally, heaven is filled with Gold & Silver has served as daily currency from the absolute beginning of human history.